A new React <CodeSurfer /> Component was release by Rodrigo Pombo (@pomber) making it easy to hightlight, scroll, and zoom code snippets in a mdx-deck slide presentation. mdx-deck is a great project, written by Brent Jackson (@jxnblk), that allows you to create a MDX-based (Markdown and JSX) slide presentations.

The following 5 minute video is a quick introduction to the <CodeSurfer /> React component. The rest of this blog post covers the contents of the video via text, code snippets, and images.

The above video is hosted on egghead.io.

If you have npm version 6.1.0 or above, then you can easily get started with mdx-deck using the following zero-configuration terminal command...

Otherwise, if you have a version of npm older than 6.1.0, then you can do something like the following...

Once you have a basic mdx-presentation created (previous step), you can go ahead and actually install the package that this post is all about, which is mdx-deck-code-surfer. To do that, run the following line in your terminal...

Inside your deck.mdx file, you can create a new slide using --- (which represents a <hr /> in markdown). The following snippet has a first slide of # Hello as an example.

Once you have a new slide, add an import for CodeSurfer and then you can start using the component immediatley. Here we are supplying the code prop and providing a static code snippet of console.log('Hello, World!');; 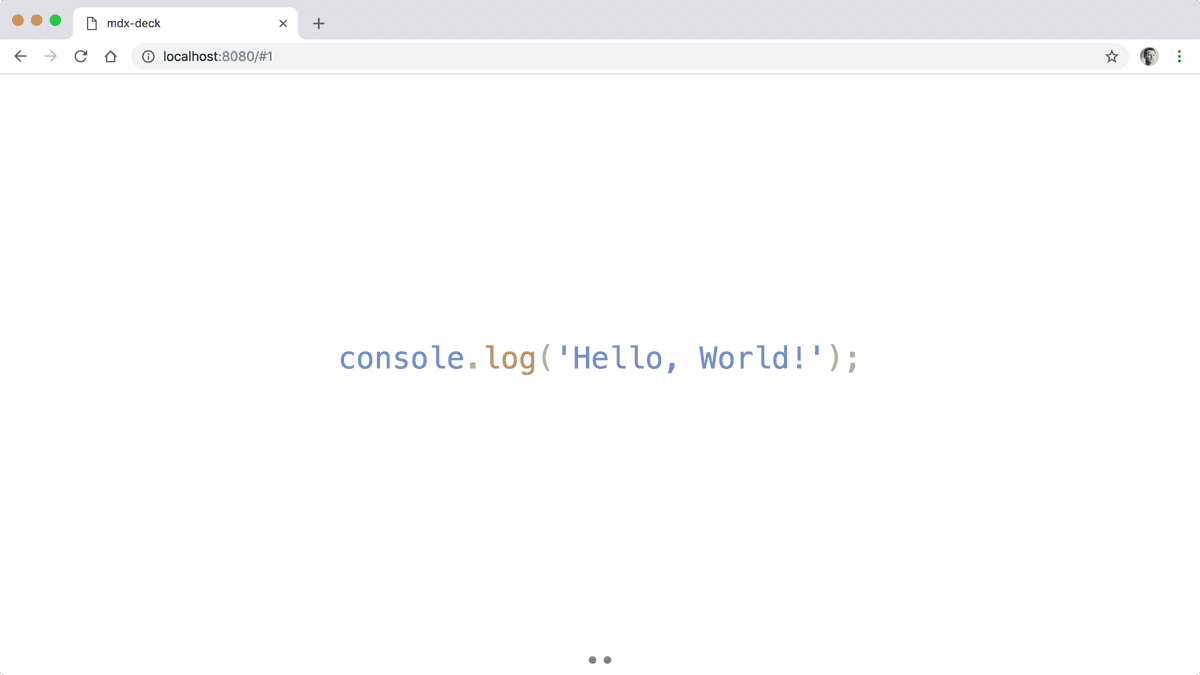 NOTE: By default the lang prop is set to javascript, but you can override that with values from prism-react-renderer

Import a Code Snippet from Disk with Basic Props

Instead of inlining multiple lines of code directly into the code prop, you could instead require the snippet from a file. To do this, we'll use the webpack raw-loader dependency. You can install it as a devDependency useing the following command...

NOTE: I've take a snippet of code from the React website and saved it to a /snippets/1.snippet file.

Once you have a local snippet file, you can replace the hard-coded string int he code prop to require your snippet. You'll want to use the webpack raw-loader! and then navigate to your local snippet file (see below example). 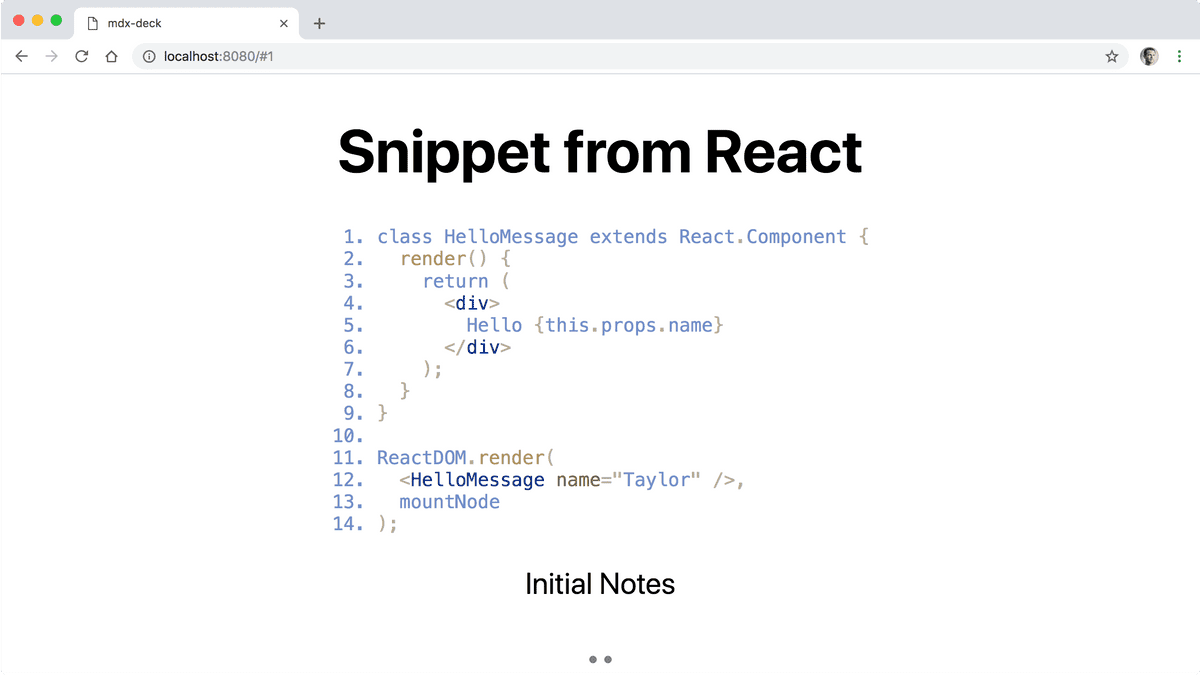 The main power behind <CodeSurfer /> is the use of the steps prop, which allows you to control which lines should be spotlighted. This is handy when there is a lot of code and you'd like the viewer to hone-in on one or more lines.

NOTE: I've take a longer snippet of code from the React website and saved it to a /snippets/2.snippet file.

If you have a presentation coming up or you just need to present some documentation, then the <CodeSurfer /> React component is a powerful way to highlight, zoom, and scroll snippets of code. Also, if you haven't tried mdx-deck, then I highly encourage you to give it a go.