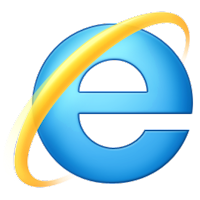 You may have seen the buzz yesterday about the Critical Microsoft Security Hot-fix (MS13-008). The hot-fix applies to a security issue in Internet Explorer versions 6 through 8. Newer version of IE (9 and 10) are not in danger.

Upgrade to IE9-10 Instead

You could apply the above hot-fix to your existing old version of Internet Explorer, but why? Why not go ahead and upgrade to IE9 or IE10?

Not only will you get more features and a faster browser, but you will also be pushing the web forward. Developers will thank you for having one less oldIE browser to support. The nice thing about IE9-10 is that they follow web standards, which means code that is written to follow standards and practices should just work in IE9-10 and other modern browsers.

Note: IE10 is only available as a Preview release on Windows 7 as of now. A full RTM release of IE10 should be released in the near future. Be warned, if you do install IE10 Preview on Win7 it will replace your IE9 browser.

Others are dropping oldIE (IE6-8)

Others are following suite. Google Apps recently decided to drop oldIE a while back and only support IE9+ and other modern browsers.

In addition popular JavaScript libraries like jQuery are now dropping oldIE support in their upcoming 2.0 release. After jQuery dropped oldIE support an interesting realization came about. Here is a quote from the jQuery Blog…

So, what are you waiting for? Upgrade to a new version of IE today!