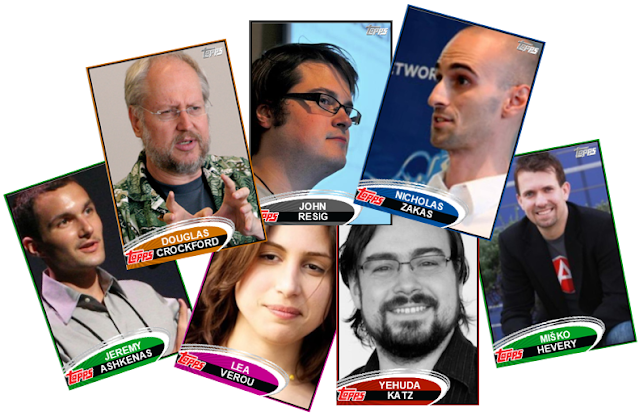 NOTE: These trading cards don't actually exist. They are only a thought exercise :)

We should have front-end web development trading cards! I bet this would go wild on Kickstarter... or not, I don't know. I didn't grow up in a sporting family. Baseball trading cards seemed like a neat idea to me, but I wasn't interested in the subject.

I was talking to a group of individuals the other day and they didn't recognize one of the above front-end web developers. These were intelligent and forward thinking developers so it was an "Ah ha" moment for me. At one point I didn't know the above developers either, but I now see them as some of the most influential individuals in my field. It is often times difficult to know what resources we should be reading, where we should be learning, who should we be watching, and where are the places we can join in the effort.

At one point or another we all didn't know who the above developers were, but maybe having trading cards could help bring certain influencers to our attention. Why is that important? Because of their impact they have shaped the way our industry works. You may not agree with all of their ideas or frame of mind, but it is important to know where they are coming from and what they are trying to accomplish.

I could have made many more cards and I actually found it difficult to only pick a few. Who would you have on your trading card and why?

So What Is There Then!?! 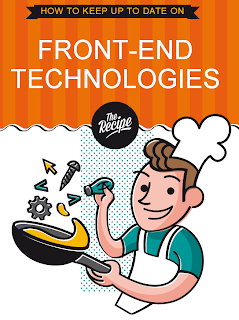 So, if we don't have actual front-end web developer trading cards, then how does someone know who and where to look?

Currently the nicest resource that I know that specializes in helping a developer know who and where to look for what is going on in Front-End Web Development is //uptodate.frontendrescue.org/