Control the Complexity of Your JavaScript Functions with JSHint 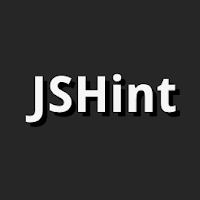 Many of you are aware of the JSHint code quality tool that has been around for the past couple of years. As of recently, the following new options that have been added regarding the complexity of a function.

The following piece of code shows using the maxparams, maxdepth, and maxstatements to warn us of possible issue with our functions.

A less commonly known software metric used to evaluate functions is Cyclomatic Complexity. Like it sounds, it’s purpose is to calculate the overall intricacy of a function and to give a score that reflects it’s complexity.

"The cyclomatic complexity of a section of source code is the count of the number of linearly independent paths through the source code." --http://en.wikipedia.org/wiki/Cyclomatic_complexity

In addition to the above parameters, depth, and statement metrics you can now track the overall complexity using the maxcomplexity option.

As you see above, the above function has more complexity that what we set in maxcomplexity.

You might be wondering what a reasonable maxcomplexity value is for your project. In the 2nd edition of Steve McConnell’s Code Complete he recommends that a cyclomatic complexity from 0 to 5 is typically fine, but you should be aware if the complexity starts to get in the 6 to 10 range. He further explains that anything over a complexity of 10 you should strongly consider refactoring your code.

Instead of adding these options to the top of each and every JavaScript file you an instead use a .jshintrc file in your project and JSHint should pick up those settings. This is handy if your project is large and you want some consistent settings across the board.