Getting Started with Create React App

create-react-app is a handy CLI tool which allows you to quickly create and run a React application with no configuration. In this post (and the above video) I'll show how to get started with create-react-app and long the way, we’ll look at each of its built-in scripts and also investigate various ways to keep your react-scripts dependency up-to-date.

First, you'll need to verify what version of node and npm you have installed. You can do this on the command line by typing...

You need at least Node version 6 or above on your dev machine in order for create-react-app to work. If you are using npm version 5.2 or above you can utilize the npx package runner instead of having to install create-react-app globally.

To create your React app you can run...

That’ll create a new playground React app and start to install all the dependencies that it needs to run, build. etc… 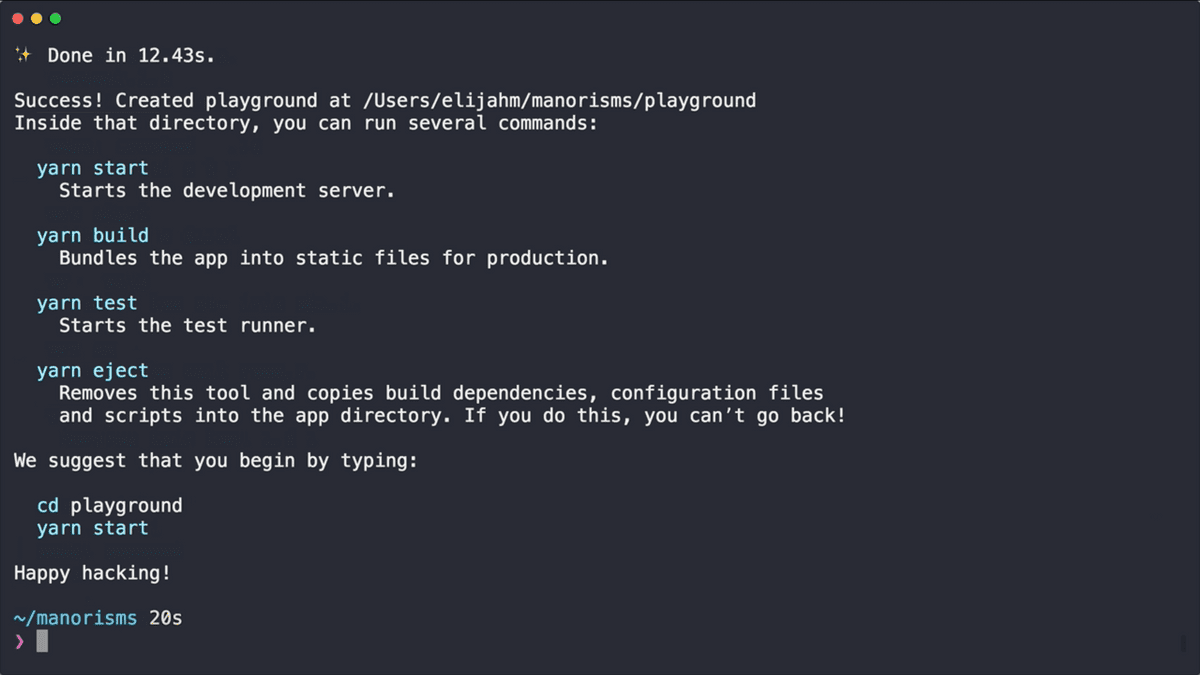 Once the app creation has completed and it's dependencies have finished installing, you can change directories to your new project and execute npm run in order to see all the scripts that are available.

You should see start, test, build, and ejects scripts listed in your terminal. We will go through these scripts and show you what they do.

The start script will kick off a development server for your app and launch a browser instance to the correct URL.

The folder structure of the generated app is pretty straightforward. Most files can be found in the src folder. The index.js file is where our App begins. You can see the ReactDOM.render where it attaches to the root DOM element. The App.js file contains the App React component where the main header and intro text can be found.

The package.json file, in particular, is a sight for sore eyes. Where are all the dependencies!?! There are only 3 depedencies: react, react-dom, and react-scripts. The react-scripts dependency manages all of the other dependencies such as babel, webpack, `jest', etc...

Even the npm scripts are just thin proxies to functionality inside of react-scripts.

Under the covers React uses the Jest test runner, which is a really nice tool.

Out of the box, the generated app only has one unit tests, but you are highly encouraged to write your own tests once you start building out your app.

The build script will create a production build of your app and output the results to the build folder.

Once the build is complete, you can go into the build folder (cd build) and kick up a simple http server with npx serve

At that point, you can head over to your browser and take a look at a built version of your react app.

If the application that was generated by create-react-app doesn’t quite fit your needs (babel config, webpack config, etc…) then you can use the eject script, which will export all of your app's dependencies, configurations, and scripts and inject them into your app.

This is permanent. There will no longer be a quick and easy way to upgrade your app if Facebook makes a new version of react-scripts.

Once you eject you'll see a new config folder that contains stuff for jest, polyfils, and various webpack configurations.

Also, you'll have a scripts folder that contains code for your build, start, and test scripts.

In addition, the package.json file is MUCH larger than it used to be. You’ll notice that there are many dependencies that could possibly use updating. The react-scripts dependency used to take responsibility of keeping the dependencies up-to-date and compatible, but now that is your responsibility.

As your app gets older, newer version of react-scripts may come out. These newer versions may come with bug fixes or new features that you may want to leverage.

I hope you found something helpful from this post. The above video is the first in a series about create-react-app, so stay tuned.

This is the first post in a series about create-react-app. The next post in the series is Debugging a Create React App with VS Code.